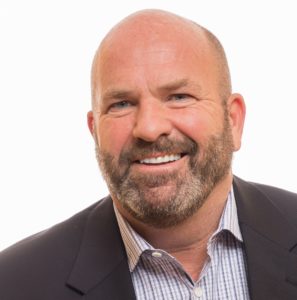 Hope you and yours enjoy a happy PRIDE event. After 30 years living in San Francisco, I still get excited to celebrate and take notice of how far we’ve come to be such a diverse and inclusive city, and remind myself how much work we have yet to do to stretch our understanding of what that means.

Welcome to Summer in the City; there’s nowhere with a more beautiful version of it then here in the Castro/Eureka Valley- it doesn’t escape my attention that the fog is often hanging above the crest of Twin Peaks, reminding me to enjoy the warmth of the blue sky and sun until Karl comes back.

It’s been a busy summer since our last edition, what with the debate and the elections. Thanks to all those who attended EVNA’s Sheehy/Mandelman debate to hear the candidates discuss the issues affecting District 8 communities and their respective plans as supervisor. I’d like to thank Jeff Sheehy for his hard work and effort over these past many months as our Supervisor. It isn’t an easy job, and Jeff worked hard to tackle the big issues of LGBTQ youth homelessness, chop shops, crime and more.

With election ballots now counted, I want to congratulate our newly elected Mayor London Breed, and D-8 Supervisor Rafael Mandelman. EVNA looks forward to working with both officials to keep our community strong by reducing the barriers to building more housing for lower and middle income families and individuals, and to effect real and positive change by getting those on the streets into the services and the stability they need to reclaim their health and their lives, and in the process, making our streets more enjoyable, safe and clean for every citizen, resident and visitor.

Then came the scooters, huh? Wow, like locusts, they were suddenly everywhere! My old-man fist was shaking in the air on many a day, having to navigate scooters on the sidewalks and discarded carcasses everywhere: leaned against newly planted trees, tossed into the bushes, parked neatly right in the center of the crosswalk, not to mention jumping out of my skin every time one of them clipped me on the elbow from behind as the rider zoomed by on the sidewalk. ”Young whipper-snappers!” I heard myself yelling to no one who really cared. What sweet vengeance when SFMTA gave them the companies like Lime, Bird, and Spin the ultimatum to get them off our streets or be impounded with heavy fines. There is justice!

But, being practical and knowing how the SFMTA will sell a permit for anything as long as there is enough money involved, EVNA is sending SFMTA an advance letter in support of the scooters as long as a few important points are addressed: proper fees to handle increased enforcement, permits for approved vendors, implementation of rules for the safety of pedestrians, requiring rider helmets, and a better docking system to keep parked/unused scooters out of rights of way. That’s it! Easy fixes. I’ll be the first to use them if they can meet those simple standards.

Speaking of transit options, we all know the Twin Peaks Tunnel is now closed for 2 months while SFMTA updates the 100-year old tracks, walls and the drainage systems inside. It’s a good thing, and SFTMA has been very effective in getting the word out and educating riders on their alternative routes. On the surface, we’ll see lot’s more foot traffic at the Castro and Church Street Stations as riders scramble for buses and shuttle rides.(https://www.sfmta.com/projects/twin-peaks-tunnelimprovements 0). Making our transit more dependable, our city more ready for the transit challenges we face as a growing city.

EVNA is working with area neighborhood groups like Duboce Triangle, Castro Merchants, Ford Street NAG, and the Castro CBD, to launch an educational campaign on how to properly recycle cardboard. There are days, walking around the neighborhood, when things are just out of control. Some merchants are bypassing the expense and breakdown restrictions placed by Recology and instead relying on an informal scavenger system to pick their cardboard up from the curb. Unfortunately, when the driver doesn’t come around, and the wind and the street people have their way, large panels of cardboard get strewn all over the area overnight; in shop doorways, splayed out at the curb, dragged into the parking lots, used as signs for various enterprising individuals, etc. It means a lot of litter and a lot of extra work for the CBD cleaning crew every morning. I’ve noticed residents can be equally careless, putting huge flat panel TV boxes out on the curb any day of the week, stuffed with plastic, styrofoam and other boxes inside. We have to do better. An inviting street scene helps us all feel less stressed and our neighborhood more welcoming… you’ll see a joint campaign over the next couple months, and Recology has a system to encourage eventual compliance: educate, encourage, audit and finally, fining abusers who persist. If you’re a cardboard scofflaw, watch your Recology bill… it isn’t cheap.

Finally, the next edition of the newsletter and the agenda for our next public EVNA meeting is all about disasters and planning. I hope to see you at the meeting on July 26 th (notice it’s a Thursday, NOT the usual Wednesday) at Eureka Valley Rec Center (upstairs). We’re focusing on all the important ways to be prepared for the inevitable- whether it’s the BIG ONE earthquake, a power outage, or just a scraped knee needing a band-aid, being prepared for disasters and emergencies is a no-brainer, but too often a low priority in busy lives. We’ve got stories of great disasters lined up, disaster preparedness ambassadors, a sea wall earthquake plan, and more emergency stuff. If you’re a member (or you join at the meeting!), you’ll be entered to win one of several Emergency Supply kits and supplies! Be sure not to miss it!