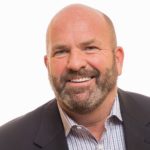 Mark has lived in the Castro since 1990, with a brief stint in San Diego. Originally from Wisconsin, raised in Michigan, he moved to San Francisco after reading every book in the Tales of the City series. He knew he belonged here and wanted to be part of the community he loved. Excited to take on the role of president of EVNA and his number one goal is to bring people together as neighbors, making ours a better and stronger community. 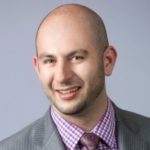 Alex moved to the Castro in 2013, but he's been a San Francisco and Bay Area resident his whole life. He graduated from UC Berkeley and Golden Gate University School of Law, and currently works as a public interest attorney serving public agencies and nonprofits. Alex is active in local politics, fancies himself a community activist, and also serves on the Board of Directors of the GLBT Historical Society, which hopes to build a world-class queer history museum in San Francisco. In his role with the EVNA, Alex looks forward to helping to build a grand coalition of community leaders in the Castro who can craft our neighborhood into a thriving and pleasant place its residents deserve, a renowned destination for visitors, and a well-maintained center for history, culture, architecture, nightlife, and art. 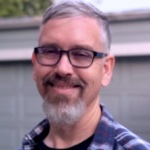 Kevin Cureton has lived in Eureka Valley since 2003 and in San Francisco since 1997. He lives with his husband Alex, and their roommate Steve, in a cozy condo on Caselli Avenue that Kevin has owned since moving into the neighborhood. Kevin has worked as a software engineer since moving to San Francisco and is currently employed with Netflix. Kevin is concerned about the quality of life issues that impact our neighborhood and he feels the neighborhood association is uniquely positioned to help positively influence policy on these issues. Kevin will bring a high-degree of transparency to the role of Treasurer, simplifying financial processes and reporting, and using best practices for the EVNA.

Crispin has been a resident of the Castro neighborhood since 1990. He moved to San Francisco for a job repairing jet engines with United Airlines and has been active in many local community organizations ever since. Most recently he has served on the boards of the Castro Country Club and the Metropolitan Community Church and is presently serving as the Board Treasurer for the San Francisco Municipal Executives Association. Crispin currently works as the Financial Planning Director for the San Francisco Public Utilities Commission. Crispin and his husband Luis live on Collingwood Street and have been members of EVNA since 2012. Crispin has served on the Board of EVNA since August 2014, most recently as president. 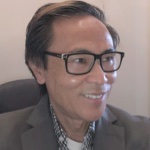 Desmond Morgan has lived in San Francisco for over 20 years with his husband of one year, Romwald (Ray) Connolly. They are new to the Castro Neighborhood. Recently, Desmond and Ray purchased 3987- 3989 17th St.; and Desmond is looking forward to getting involved in the community. If elected to EVNA Board of Directors at Large, he looks forward to helping out in any capacity. Desmond Morgan has been in the BioTech industry for over 15 years. Currently, he's a Territory Account Manager at Relypsa, Inc. 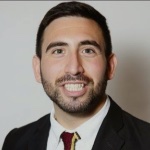 Dan Schulman currently serves s a member of the Planning and Land Use Committee.  He has loved living in the Castro since 2016. He works in Learning and Development at Opendoor, a real estate company based in San Francisco and studied City Planning at Cornell University. Prior to this, he was a Peace Corps volunteer.   He is particularly interested in reducing retail vacancy rates, supporting small businesses, and land use solutions. His favorite Hot Cookie is “hunky monkey”. 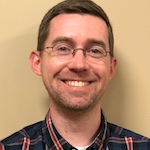 Löic was born and raised in France, and have been living in the Castro for the past 8 years. He is a software engineer working downtown. Since moving to the neighborhood, he has been interested in knowing more about its history and new directions. He was involved with the creation of the 4500-4600 18th neighborhood watch. The whole neighborhood might change in the next year or so, with the impending housing development and the rejuvenation of Castro street. Löic would like to help to create more involvement from the diverse members of our evolving community. 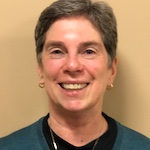 Mary Edna has enjoyed living in the Castro/Eureka Valley neighborhood since 1986. The diversity and quality of life here are important to her. As a member of the EVNA Board, she endeavors to maintain and enhance the strong sense community and inclusion for both our commercial and residential constituents. 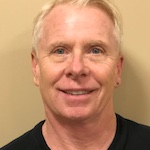 Rob Cox has been a resident of the Castro neighborhood since 1991. He is a working artist with his painting studio out at the former Hunters Point Naval Shipyard. Rob has been a member of EVNA since 1997 and has served as Secretary on the Board of Directors since 2010. Rob served four years in the US Navy and has a background in college admissions recruitment. He has worked as a corporate trainer for several Bay Area companies. He served for two years as the Executive Director for a local non-profit art organization. He is also a Master Trainer for the Indoor Cycling Group. 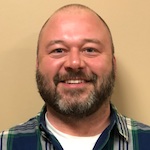 Originally from western Michigan, Rob LeVan has been a SF resident since 1998 and has lived in the Castro for 12 years. Rob manages an 18-unit residential building at Market & Eureka Sts which was one of his motivations for joining the EVNA. A self-described politics junkie, Rob is active in the political landscape and most recently managed a team in the SFGSL for 5 years. As the first chair of the training and education committee, Rob is excited to help his fellow neighbors access and navigate the myriad of services available to SF residents and to help cultivate a more engaged and active Castro community. 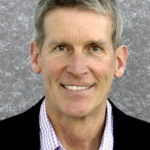 Steve Clark Hall is a native of San Francisco and has been owner of his 1885 home on 19th Street since 1984. He is a California state licensed general contractor who specializes in historic preservation. He has been a member of the EVNA since 2001 and a member of the planning committee since 2002, having also served as committee chair and as ENVA president.

Long-time Board Member, Judy Hoyem, has retired from service on the Board of Eureka Valley Neighborhood Association. However, Judy remains involved as a member of the EVNA and an advisor to the Planning and Land Use Committee. We are grateful for her many years of service. Judy has been a resident of 17th Street since 1971. She is a long-time member of EVPA/EVNA and served as a long-time member of the Planning Committee, Chair of the Committee several times. Her neighborhood efforts are informed by concern for others, neighborliness, and the promotion of community, ideals that she tries to manifest by working together with others on mutual goals. She has a particular interest in maintaining the friendliness, livability, and affordability of Eureka Valley.